How I exposed Shaun King as a fraud.

When dealing with an SJW, remember that they always project and always lie. When Shaun King began talking about how guns were a symbol for impotence, I went through his old Tweets. 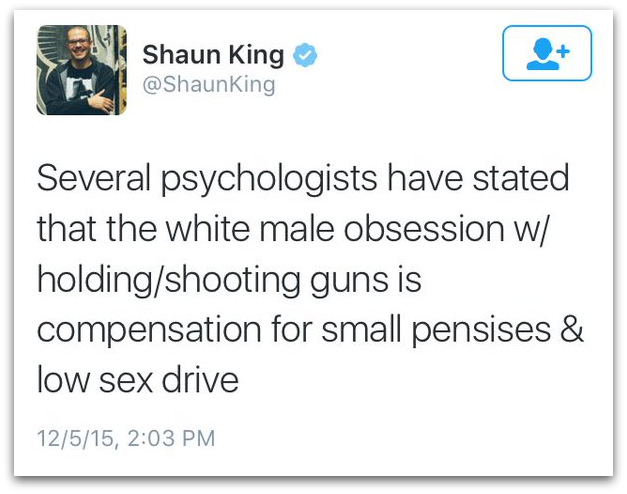 Shaun King went even further with his racist psychobabble.

I discovered that Shaun King lied, and shared his lies with millions of people.

Compare these four Tweets. Shaun King, depending upon whom he’s talking to, claims to own and not own guns. He said on Jan. 16, 2013 that he didn’t own guns. less than a week later he admitted owning two guns. Oversight? Sure, my memory is not perfect.

He’s a liar and fraud. 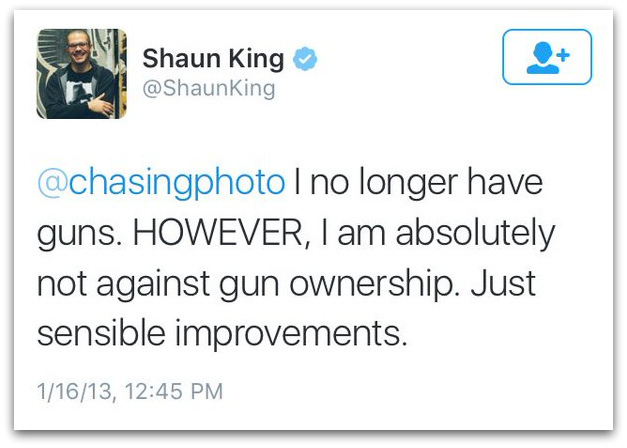 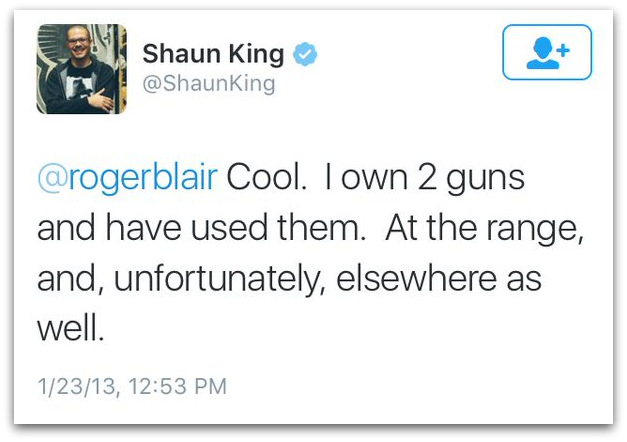 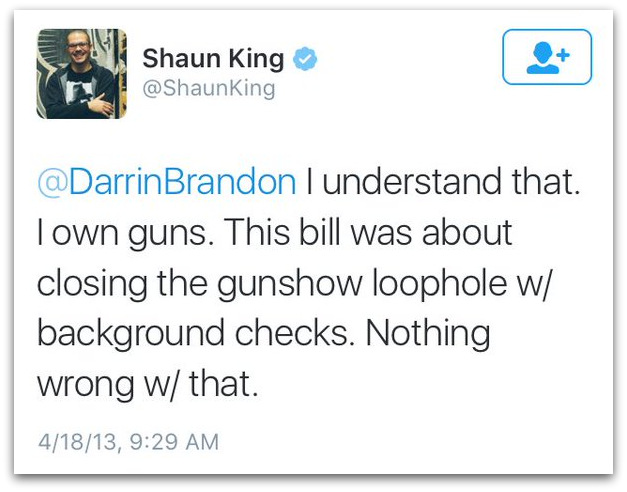 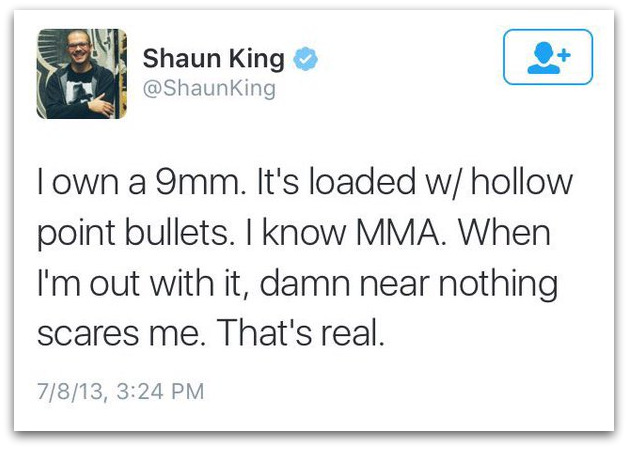 Shaun King also made interesting comments about child molestation and gays in the black church.

I knew there was more oil buried in King’s Twitter, and I struck it.

Blacks are not allowed to be gay, says Shaun King. 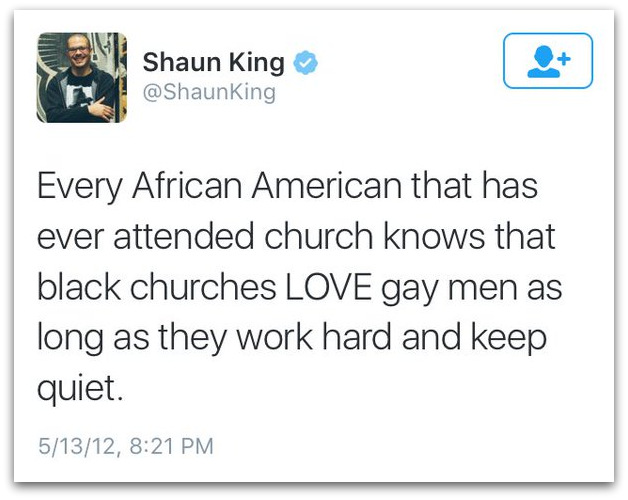 “In the Black Church, U can cheat on your wife [and] pay teen boys for sex…” 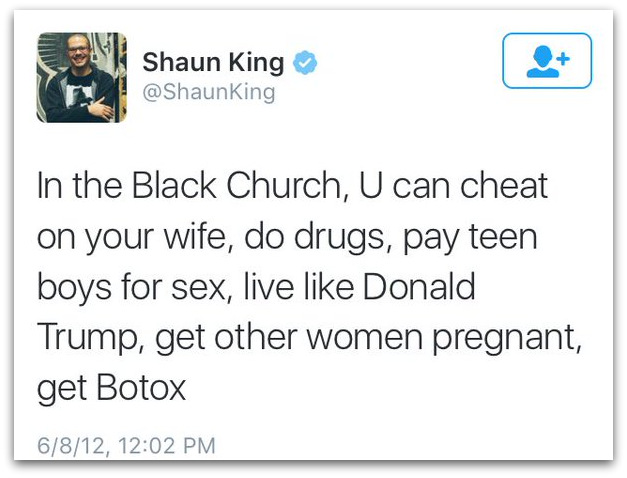 After I shared his Tweets with millions of people, Shaun King scrubbed his entire Twitter.

Shaun King was Tweeting as far back as 2008.

On his current timeline, his Tweets go back 8 hours.

I exposed Shaun King as a fraud and went where the cuckservative media was afraid to go.

The mainstream media, including the cuckservative media, wants to ignore us. Haters want to say we are irrelevant.

I sell more books than “big name authors” who appear on television and write for the New York Times.

Correction: You buy more books than any other audience in the world.

If I showed my web stats to “experts,” they’d never be able to project the book sales I make.

That’s because most people write for illiterates and fools. I write for intelligent men (and even some women) who give no fucks and are not afraid to engage ideas with agree with.

(Over half of Danger & Play readers are liberals. Unlike radical feminists and SJWs, you aren’t afraid of engaging with ideas you disagree with.)

Will Danger & Play Media become as big as Breitbart?

I ask myself this question every day, “Why isn’t Danger & Play as big as Gawker and Buzzfeed?”

Andrew Breitbart was one man who took on the world. Why can’t I do the same?

It’s going to take time and personnel, but we are on a tear.

DO NOT passively wait for “your turn.” Grab your enemies by the neck. You cannot be ignored.

Shaun King was the latest fraud I exposed.

We will take out many more.

We are only warming up.

P.S. How do I stay so busy and not let the morons and haters get me down?

I live what I write. Read Gorilla Mindset to learn develop the mindset needed to destroy your enemies and gain control of your thoughts and emotions. You can pick up a copy of Gorilla Mindset here.