The teens’ goal was to get a rape confession out of her ex-boyfriend, police said.

Instead, all that the three suspects got from their victim was $61 from his wallet. They also got arrested on kidnapping charges for the plot they concocted and carried out, according to police in Wentzville, Missouri.

It started last week, when a juvenile girl’s 17-year-old ex-boyfriend unblocked her on Snapchat and reached out to her, police said. He and his ex-girlfriend weren’t on good terms: The girl had accused him of rape following a sexual encounter last year, according to records obtained from the St. Charles County Prosecuting Attorney’s office.

After the ex-boyfriend unblocked the girl on Snapchat, she alerted her new boyfriend, Nathan Meurer, and a mutual friend, Jared Pinkley, both 17. The three decided to seize their chance, according to court records, and spent all week creating a ruse to lure the victim into the woods with the promise of sex. Then they planned to extract a rape confession from the ex-boyfriend, police said.

On April 20, the trio set their plan in motion — and for a while, it went as anticipated.

First, the girl convinced her ex-boyfriend that “she was sorry for accusing him and causing him grief,” according to court records. She said she wanted to meet up in the woods to talk over the last encounter and have sex again.

Pinkley was dispatched to pick up their victim at his home in Wright City, Missouri, a 15-minute drive west of Wentzville in suburban St. Louis.

When Pinkley dropped the victim off near a Wentzville elementary school, the girl was waiting, court records said. Pinkley went to pick up Meurer next, and the two hid in the woods, near the spot where they had set up lawn chairs and blankets for the girl and the victim.

The girl and ex-boyfriend soon arrived at the area with the chairs and sat down together — until she got up to answer a pretend phone call from her dad, according to court records. That’s when the victim heard the two 17-year-olds approach. First he saw Meurer, dressed in all black, about 10 feet behind him. Then he heard a chain rattle from the other direction, and looked to see Pinkley in front of him wearing all black, a ski mask and a white bandana, court records said. Pinkley also had a chain wrapped around his shoulder.

Approaching from behind, Meurer wrapped his arms around the victim’s neck and started choking him, court records said. Pinkley took the chain off his shoulder and tried to use it to bind their victim’s arms and wrists.

The victim told police “the chain was not done very well and he was able to shake it off,” court records said.

Pinkley then took out what looked like a 9mm handgun and pressed it first to the side of the victim’s head, then to the victim’s chest, court records said. The pair asked the victim if he knew what this was about.

The victim asked for a hint, according to court records. The pair responded by saying the juvenile girl’s name.

At that point, the girl came back. But when Pinkley pointed the gun at her and told her to leave, she did, court records said.

The victim then told the pair that his previous encounter with the girl had been consensual. They responded by telling him “he had a bounty on his head for raping her,” according to court records.

The victim pleaded with them not to hurt him and to take his money instead. Pinkley punched the victim in the face — and then they searched for his wallet and took $61 in cash, court records said. After that, they let him go.

Police later found the three suspects at the juvenile girl’s home, court records said. A search warrant executed April 22 revealed evidence linking the three to the crime scene: A firearm similar to the one the victim described (though it turned out to be a BB gun), cell phones and a bed sheet matching one from the crime scene.

Authorities also found a burned white bandana — like the one the victim described Pinkley wearing — that had been disposed in a nearby drainage area.

Pinkley, Meurer and the juvenile girl all confessed to committing the crime, police said. Court records said the suspects showed no remorse for the victim — and that “none of the suspects seemed to comprehend the seriousness of their actions.”

The two 17-year-olds were arrested on suspicion of several charges, including first-degree robbery, first-degree kidnapping, armed criminal action and tampering with evidence, according to court records. Because the girl is a juvenile, her name and charges have not been released.

“As you look at the ages of these young people involved, then you have to think it was some combination of some sort of fantasy that maybe they dreamed up — whether it’s from a video game or a movie or something like that,” St. Charles County Prosecutor Tim Lohmar told KMOV.

Wentzville police said there was no indication the girl had ever reported the alleged rape to local authorities. 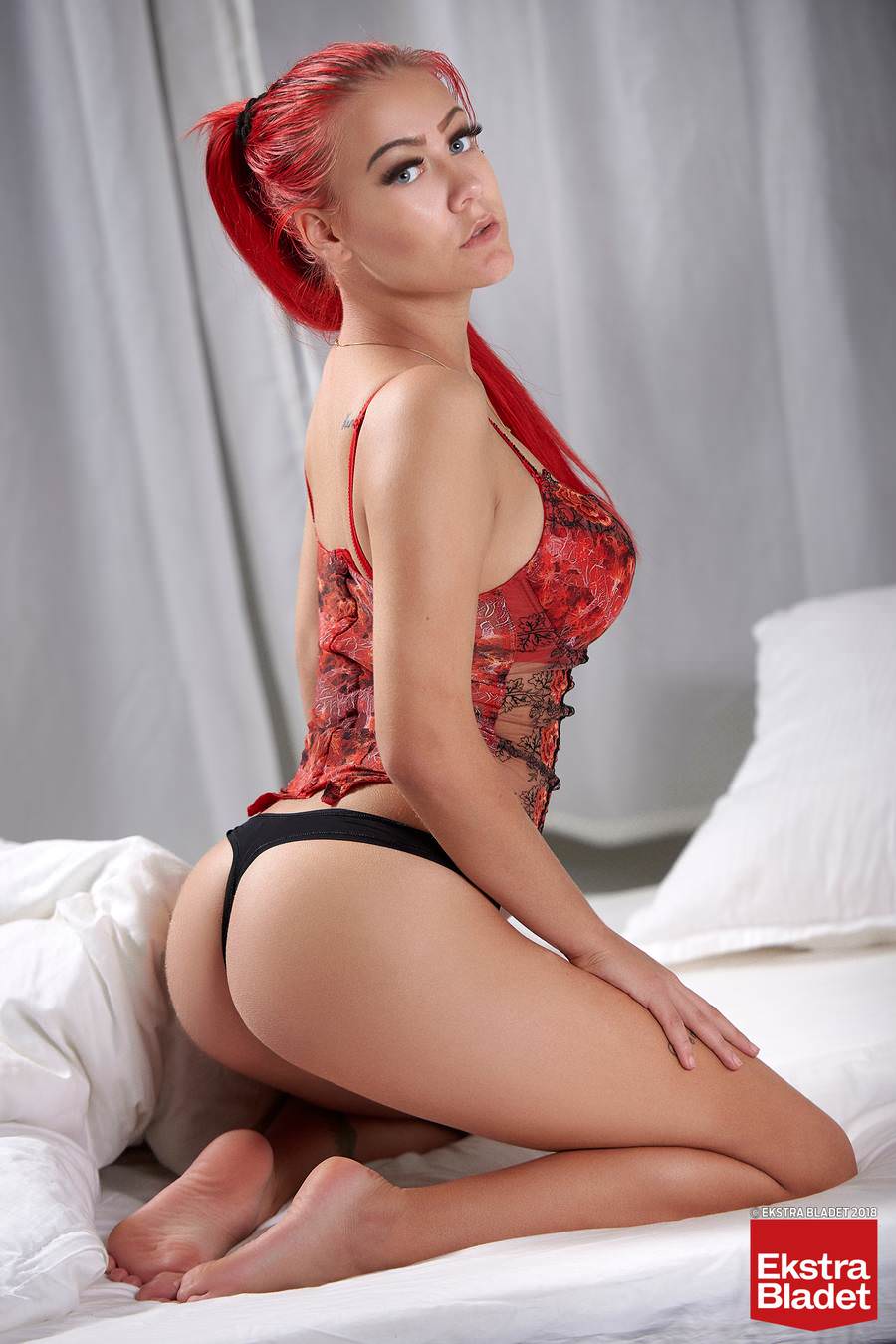 A Norwegian politician says he ‘doesn’t give a toss’ about human rights, mosques should be banned from broadcasting the call to prayer.

He rejected arguments that banning the religious announcement being played over loudspeakers would violate the European Convention on Human Rights.

‘I don’t give a toss what human rights provisions say in this case,’ he told Vårt Land.

‘What I care about is that people get peace and quiet in their neighbourhoods, and that means not being disturbed by the call to prayer.

‘If there are conflicting provisions in the Convention on Human Rights, I simply don’t care, because it’s completely stupid.’

Alex Jones lays out the scandal exposed in Telford, UK where Social Services lawmakers were caught kidnapping children from state-entrusted care and selling them to pedophile networks.

Dr. Shiva Ayyadurai joins Alex Jones live via Skype to give his historical analysis of how the traditional Indian caste system compares to the Globalists’ model for control and world government.

VANCOUVER (NEWS 1130) – With the income tax deadline just a few days away, scam calls claiming to be the Canada Revenue Agency (CRA) have phones ringing across the country.

Scam calls traditionally rise as the deadline approaches, according to Evan Kelly with the Better Business Bureau, and they have remained on the bureau’s top ten scam list for years.

“A lot of these calls are robo-calls and they sound like someone is talking very struggling English.” Kelly said. “The concern now is that we’re seeing a lot of these scams, and other types of scams, where the crook is asking for payments in Bitcoin.”

He reminds people the CRA does not make threatening phone calls, nor does it ask for personal information over text or email, and no government agency in Canada accepts cryptocurrencies.

“I ask them to repeat everything in French. That’s my go to, because chances are they can’t.” Kelly said.

Income taxes must be filed by April 30.

Makes me sick to think either of these 2 get to enjoy anything other then a jail cell.  It wasn’t too long ago Leigh claimed to have no money, went as far as to say she wasn’t getting booked because she stood up for what’s right.. More like footage and pictures started leaking out and people saw Leigh and Nikki for what they are, lying pieces of shit…

Guess trying to get an innocent man sent to prison is tiring..

And FucK NO, I aint letting this shit go..

“Swedish woman who accompanied two Afghans to prove that xenophobes are wrong, is raped and abused,” Voice of Europe, April 24, 2018:

A middle-aged Swedish woman was raped and abused by two Afghan asylum seekers in their asylum accommodation, Fria Tider reports. The woman, who was a member of a Facebook group against migrant deportations, tried to prove that xenophobes are wrong about the fact that Afghans are dangerous.

The woman was raped and harassed on 26 December last year. She wanted to meet someone during a night out and when she was unsuccessful, decided to go with the two Afghan men, she told the police.

She met the two unaccompanied refugees from Afghanistan outside a pub and decided to accompany them to their asylum centre in Ljungby.

The woman, a member of an anti-deportation group, told police: “I have never been afraid or worried about people from other countries” and “I thought it was quite interesting to talk with them”.

When they arrived at the men’s room in the asylum accommodation, things changed rapidly. They drank alcohol and one of the men started touching her, even though she told him she didn’t want him to and against her repeated protests.

Later, one of the men, called Anwar, raped her vaginally and anally, while the other masturbated next to her. It was a very painful experience she said.

After getting away the woman called the police. The two Afghans were arrested and were convicted last week by the Växjö District Court.

More trouble on the way for Half-Asians, who are raised by racist white fathers who hate both white women and Asian men, and Asian women who desperately want to feel like they belong and that they are as attractive as white women.

These threads are very common on 4chan, which one could claim as the central hub of antagonistic, low-value white men who embrace hardcore racism withoout punishment.

This is a specific problem with regards to half-Asians with White dads and Asian moms, who come from fathers who are deliberately antagonistic to progress, tolerance, and deliberately target Asian women over all other women because of their perceived tendencies. No other interracial pairing is so filled with utter hostility and violent rage towards others and seems to be a calculated “movement” against progress. It is specific ONLY to Asian women due to the low desirability of both racist White men, and Asianness.

Rather than being a real relationship, these relationships celebrated by 4chan seem to resemble hateful, contrarian, anti-social movements rather than genuine love.