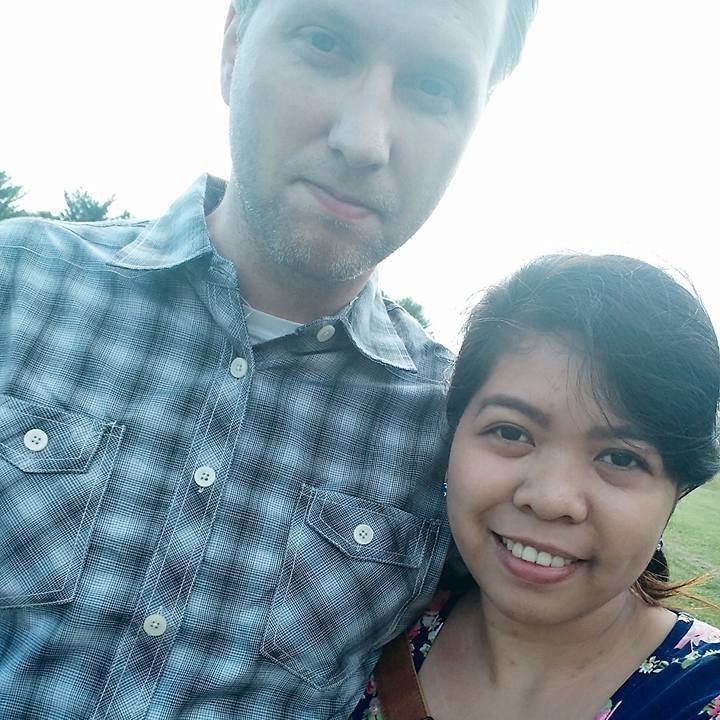 A felon who champions pedophilia and regards Adolf Hitler as a ‘white supremacist hero’ is running as an independent candidate for Virginia’s 10th Congressional District.

In a disturbing interview, Nathan Larson, 37, told HuffPost that he created websites – now defunct – for pedophiles and violence-minded misogynists like himself.

When asked whether he’s a pedophile or writes about pedophilia, he confirmed: ‘It’s a mix of both.’

Furthermore, when asked whether there was a ‘grain of truth’ in an essay he wrote about father-daughter incest, and another about raping his late ex-wife repeatedly, he said ‘yes’.

His former wife got a restraining order against him in 2015, before killing herself. Larson’s three-year-old daughter lives with relatives, as he gave up his parental rights during a custody battle.

In his bizarre, lengthy manifesto, talking about freedom from age restrictions, he says he ‘supports legalizing early marriage. A woman who marries the man to whom she gives her virginity is more likely to have a successful marriage than a woman who has had other sexual relationships prior to marriage.

‘Since young women begin to enter their years of peak beauty and fertility before age 18, it is unreasonable and unrealistic to expect that they wait till that age before having sex and children.’

Larson, who had a brief stint as a software engineer, was sentenced to 16 months in federal prison, and three years of supervised release in 2009 after pleading guilty for threatening to kill the US president.

He sent a letter to the Secret Service in 2008 warning of his imminent plans to assassinate either President George W. Bush or President Barack Obama.

In his campaign manifesto, under the topic of ‘benevolent white supremacy’, he says: ‘Like every other human being, I am indeed racist, but I did not specifically threaten Obama. I don’t even consider Barack Obama the first black President.’

HuffPost says that his website – also pulled down – featured posts titled ‘A man should be allowed to choke his wife to death as punishment for cutting her hair short without permission, or other acts of gross insubordination,’ and ‘Advantages of father-daughter incest’, which ‘Larson confirmed he wrote as well as other disturbing entries’.

Howls of outrage have greeted the article, with one person tweeting: ‘What a disgusting person. And it makes a strong case for why [Terry] McAuliffe should not have signed law allowing this felon to run for office’.

A sad, sad, a terrifying case of what HalfAsian.org discusses, in real time – and yet these children, many who identify as Asian and non-white, are being raised by incredibly toxic, anti-progressive parents who seek to affirm the value of whiteness and patriotism.

What is going to happen?

Eli Cawley is the head of the Utah Minutemen project; many of the horrific things he does while raising a clearly Asian looking son and daughter, can be seen below.

From an article about Cawley.

“We were raised to be patriots and love our country,” says the director of Utah’s Minuteman Project, a hard-line group opposing illegal immigration and calling for the protection of “American culture” and rule of law.

That hometown is Colorado City, Ariz., where Cawley was raised in a polygamous household. Although polygamy is against the law, Cawley makes a distinction between it and the behavior of the undocumented immigrants he and his Minuteman brethren rail against.

Cawley’s wife attacked Latino children (ironic, since some Half-Asians have actually stated that they are mistaken for Latino).

Cawley said he moved there because he wanted to live with hard-working people — of any race. When the Cawleys moved in, the neighborhood already had a lot of Latinos. The Latino population increased in the six years he lived there, Cawley said.

But Cawley’s Latino neighbors, ones he believed were undocumented, left a bad impression. At one point Bonnie Cawley, armed with a BB-gun that she pretended fired real bullets, chased away a group of Latino children who would climb over a wall into her backyard. Cawley’s car stereo was stolen, and his wife learned a motorist she struck with her car while driving in the neighborhood was an undocumented immigrant.

“I have to pay, but what happens if she hits me?” Bonnie Cawley said.

More on his appreciation for “America,” where he actually becomes enraged at his own Half-Asian son appreciating his own heritage.

What Cawley calls his most “transformative experience” happened in 2004 or 2005 during an assembly for second-graders he attended at Lincoln. The assembly had a theme about pride in your country, and Cawley says about 60 percent of the students were waving the Mexican flag.

But it was his son’s flag that really angered Cawley. Claude’s teacher gave him a Vietnamese flag, or as Cawley called it, a “North Vietnamese flag.”

“I was fit to be tied,” Cawley said. “I was so damn mad I was spitting fire.”

Besides developing an unfavorable view of the Vietnamese government, Cawley said he raised his son to “be American.” Cawley motioned to Claude to lower the flag, then confronted the teacher.

“What was so enraging to me was she didn’t even have a concept it was offensive,” Cawley said.

The teacher, Cawley said, was trying to make the assembly as diverse as she could.

“I knew right then there was something wrong in the heart of America,” Cawley said.

Philippine Airlines at the launch of winter 2018/19 timetable plans to adjust New York JFK service. Effective 28OCT18, the airline will operate 4 weekly Manila – New York JFKservice on nonstop basis in both direction, replacing 1-stop flight via Vancouver. Boeing 777-300ER will operate this route, up to 15.5 hours of block time.

This happened last week as well. “Mayor intervenes after new vandalism at Hindu temple in The Hague,” translated from “Burgemeester grijpt in na nieuwe vernielingen bij hindoetempel Den Haag,” NOS, May 30, 2018 (thanks to Sounav):

The windows of the Hindu temple in the Schilderswijk area of The Hague were broken last night. That happened a week ago, too. “Very sad,” says Radjin Ramdhani, an assistant in the temple.

Mayor Pauline Krikke had direct contact with the temple board this morning. “I have offered my support,” she says. “This vandalism has to stop, and I have had extensive consultations with the police and ordered them to install camera surveillance at the temple as quickly as possible, and I hope that this will help restore peace and public order.”

Radjin Ramdhani hopes that the perpetrators will be found as soon as possible. “I expect them to be the same perpetrators, who may have felt emboldened after the incident last week, so they did it again,” he said to Omroep West.

According to Ramdhani, it is the umpteenth time that the building and visitors are the target of vandalism. During prayer services that were held earlier in the garden, visitors were insulted and stones and bottles were thrown at their heads….

A religious cult is forcing children as young as 9 to work the assembly line in its upstate factory — packaging fancy soaps and other goods that are then sold by Amazon, Whole Foods, Target and Walmart, a new exposé claims.

The factory, in rural Cambridge — a small town an hour northeast of Albany — is owned and run by a controversial international religious cult called Twelve Tribes.

The cult has been fined by New York authorities at least twice before, in 2001 and 2006, over child labor-law violations.

“They preach peace and love. But there’s another side of these people they don’t want you to see,” says a promo for the “Inside Edition” report, which airs 7 p.m. Friday on CBS.

The clip shows ponytailed men and women in long dresses holding hands and dancing in a circle.

“Inside Edition” interviewed former members who described childhoods of work and beatings.

Ex-member Sarah Williams, 34, “rejoined” the group to record hidden-camera footage of children, ages 9 and 10, working an assembly line for the factory, which packages soaps for major brands, including Savannah Bee and Acure.

Williams recorded a girl who said she was 11 pulling small white boxes from a larger box and lining them up on a conveyor belt.

When Williams asks one child for her age, the father reassures the kid that it’s all right to reveal that she’s only 10.

“She’s not Secret Service,” he tells the child of Williams. “She’s not Child Labor.”

Investigative reporter Lisa Guerrero told The Post, “It was very clear these kids were afraid to speak.”

Footage from the cult’s nearby Common Sense Farm shows a 6-year-old boy struggling to pull a heavy wheelbarrow.

“They were working hard,” producer Larry Posner told The Post.

Disobedience would be met with a spanking — or thrashes with “the rod of authority,” a sturdy bamboo stick, the exposé says.

“It takes them being disciplined and spanked when they’re not obedient,” a male cult member is caught on camera saying.

Twelve Tribes leaders denied to “Inside Edition” that any of the children worked, insisting, “We don’t have factories.”

“We do have videotape of it, sir,” Guerrero responds on tape. “Yes, you have a factory right over here,” she adds pointing.

The state Attorney General’s Office and Department of Labor declined to say if they are investigating the group.

A spokesman for the brand Acure issued this statement on Friday:

“The serious allegations raised against the facility in Cambridge NY are abhorrent and go against our values as a company. We are no longer working with Greener Formulas and have pulled all production out of that facility.”

not safe for work