The best example is the current US government. Notice all the Jesuit trained US officials who came out of Georgetown University or the training that current US President – a muslim – has received. He unanimously passed the immigration amnesty law to welcome over 5 million Mexicans in the US. Mexicans are Catholics. Why? To ensure these new Catholic immigrants will have a greater voice come election time in 2016…should we have an election in the United States!

feminist covering up for a woman beater, so what else is new?

Sheila Gunn Reid of The Rebel.Media reports: In part six of our investigation into Trudeau’s policy of turning Canadian hotels into makeshift migrant camps, we’ll show you how government monitors spread fake news in Trip Adviser to hide the mess the Liberals created.

A senior adviser for the United Nations Entity for Gender Equality and the Empowerment of Women is under investigation for sexual misconduct. The U.N. has “a job of work to do” to reform its culture and restore trust, a U.N. spokesperson said.

At least eight men have accused Ravi Karkara, senior adviser to a former U.N. assistant secretary-general, of using his prestige and position to sexually harass them, five sources with knowledge of the investigation told Newsweek.

Karkara did not respond to multiple requests for comment this week and dating back to December 2017, when the U.N. announced a sexual misconduct investigation (without identifying the subject by name). No charges have been filed in the 13-month ongoing investigation. On July 26, a spokesperson for the United Nations entity, also known as U.N. Women, said that the probe’s “subject remains on administrative leave” and that, while still on U.N. payroll, the person “is not currently performing any active function.”

U.N. officials confirmed on August 1 that an investigation is ongoing but declined to comment on whether Karkara was the subject of the probe.

Sources who worked closely with Karkara have alleged to the Guardian that he abused his position of power to take advantage of young people who feared speaking out against the honour of an organisation they aspired to be a part of.

The reports will come as a further blow to the UN, which has been beset with sexual harassment claimsand alleged offences from former employees, ranging from verbal abuse to rape.

Some of the youths claimed Karkara intimidated them by monitoring them on social media, demanding credit, gratitude and retweets.

One alleged victim, 25-year-old Steve Lee, told Newsweek that on 1 December 2016 Karkara grabbed his genitals through his trousers while the pair were alone in a hotel room.

Lee, who is said to have first met Karkara at the age of 16, while the senior adviser was working with the UN children’s agency, Unicef, opened up about the abuse to Kerry Gibson, who had been working alongside UN Women and had made a formal complaint about Karkara’s professional conduct to his senior managers.

Gibson, the president of an engineering company based in Vancouver, said Karkara first contacted her about her philanthropic work in January 2016 and was seeking to forge relationships with political leaders in Canada.

Gibson, a champion of UN Women’s planet 50-50 drive for gender equality, was invited to speak at events in New York and staged a conference in Canada where Karkara and Puri were given a platform to meet key political players and NGOs.

But Gibson’s relations with Karkara later turned sour and she wrote to the executive director of UN Women, Phumzile Mlambo-Ngcuka, to complain Karkara was abusing his position of influence. She claims he was later caught trying to delete the message of complaint from Mlambo-Ngcuka’s computer.

“It was after that that Steve Lee, who happened to be in Vancouver, got in touch and told me about the sexual misconduct allegations,” said Gibson.

In a complaint filed to UN in June 2017, Lee alleged that Karkara had harassed him with endless messages, sent him pornography, grabbed his genitals and mocked his religious convictions.

Gibson said: “I was absolutely sickened that someone representing a humanitarian entity like the UN could do such harm. It was a clear misuse of power and the motivation wasn’t necessarily always sexual but more about his joy in manipulating of this young man.”

Gibson said Lee encouraged her to file a professional misconduct complaint to a specialist UN division, which she did in July 2017.

“Ravi continued to work in the office for several months following the allegations, until finally his legal team asked him to go home,” said Gibson.

Despite the allegations and pending investigation, Karkara gave a keynote address for the Youth Assembly, held at UN headquarters on 12 August 2017.

It was not until 16 December 2017 that UN Women published a press statement revealing that it had received allegations of sexual misconduct involving a staff member.

UN Women confirmed that its investigation remains ongoing and that the subject of the inquiry is on administrative leave. However, it said it could neither confirm nor deny the suspended staff member’s identity.

Mandy Sanghera, a Planet 50-50 Champion for the UN who is supporting one of the alleged victims, said it was totally unacceptable that the investigation has dragged on for 14 months.

Sanghera said she raised concerns with UN staff after hearing rumours about Karkara’s misconduct, but was met with a “wall of silence”.

She first met Karkara at a New York event in 2016 and found him to be charming and doing good work. But after meeting him several times, the cracks began to show.

“It was not just about sexual misconduct, he would withhold opportunities and resources from people to control them,” she said. “The man is a control freak and obsessed with power.

“He thought because we are both Indian that I would have a blind loyalty to him. He would use the race card to protect himself, but for me it was always about trying to safeguard young people – it was never about race.”

On his LinkedIn profile, Karkara describes himself as a trained social worker with a commitment to advancing human rights, participation, inclusion and gender equality.

His profile states he “worked for several organisations on gender mainstreaming with a specific focus on children, youth, women”.

In an interview in February 2016, Karkara said: “Whatever I do has to focus on the human rights-based approach. One has to look at the root cause of the patriarchal system, the inequality and the norms, to bring about a change.” 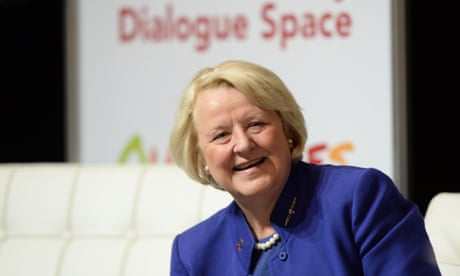 Speaking to Sayfty, a group set up to empower women and girls in India,Karkara, who has a wife and young daughter, said he was “a feminist and a humanist”. .

UN Women, the UN organisation dedicated to gender equality and the empowerment of women, said in a statement released on Wednesday that the investigation into its staff member was nearing completion.

“UN Women continues to ensure that the case is investigated thoroughly and receiving the priority it deserves. We recognise the gravity with which such cases should be treated and have taken the allegations very seriously at every stage,” said the statement.

“Ending all forms of sexual and gender-based violence is at the heart of UN Women’s mission. As recent events have shown, the United Nations and UN Women are not immune from allegations of sexual misconduct … UN Women will continue to implement its zero-tolerance policy and will take all necessary actions that are within its purview.”