A young American couple who took a year-long bike trip around the world, believing that evil was a make-believe concept, took a fatal route in Tajikistan near the Afghan border, where alleged ISIS terrorists stabbed them to death.

Jay Austin and Lauren Geoghegan, 29, quit their jobs last year in order to make their trip. Austin was a vegan who worked for the U.S. Department of Housing and Urban Development; Geoghegan, a vegetarian who worked in the Georgetown University admissions office.

Putting children on strict vegan diets is “unethical” and could harm their development, a US scientist has argued.

Lindsay Allen, of the US Agricultural Research Service, attacked parents who insisted their children lived by the maxim “meat is murder”.

Animal source foods have some nutrients not found anywhere else, she told a Washington science conference.

Professor Allen said: “There have been sufficient studies clearly showing that when women avoid all animal foods, their babies are born small, they grow very slowly and they are developmentally retarded, possibly permanently.”

Food For Thought: Meat-Based Diet Made Us Smarter 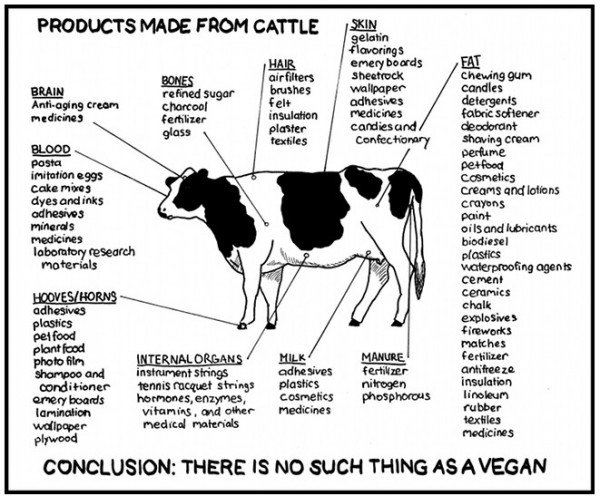 A synopsis of veganism

“Pope Francis commissioned a four-book study in 2010 as archbishop of the Archdiocese of Buenos Aires attacking sexual abuse victims and defending a priest convicted of molesting a teenage boy. Francis, who was then known as Cardinal Jorge Bergoglio, asked a lawyer and jurist by the name of Marcelo Sancinetti to carry out a more than 2,600-page study encompassing four volumes for the Argentinian Episcopal Conference to discredit the alleged victims of Father Julio César Grassi.” –Source

It’s bad enough this Pope and all previous Popes have defended these child molestations for literally all of what they claim are religious lives; but to claim the victims were lying just to get the priest that molested them in trouble, is downright demonic.

As the article also stated, even though then Cardinal Bergolio aka Pope Francis commissioned a 2600 page report slamming the victims to try and help a child molester escape jail, the court didn’t fall for it and the priest was convicted and sentenced to 15 years in prison.

What most fail to realize is, as I posted in a video years ago when the Pope was elected, as Cardinal he made it possible for homosexual to have legal civil unions in Argentina. This is why he defends these child molesters to this day.

What’s really shameful today is, when he was approached not too long ago about his involvement in the current molestation scandal he declared boldly he was not going to say one word. But then when he finally did decide to speak on it, he again chose to defend the child molesters by slamming the priests in his own Vatican that outed them.

The man of sin is most assuredly exposed even in the eyes of most Catholics now. And it is just as the prophet Daniel stated long ago. When speaking of the Popes in Rome he said in Daniel 11:37 that, “Neither shall he regard the God of his fathers, nor the desire of women, nor regard any god: for he shall magnify himself above all.”

In this one prophecy alone we see three main fruits of the Popes of Rome are as follows. Number one, they have recently been exposed as Devil worshippers which means they do not worship the God of their fathers. Number 2, 98% of the Vatican prelates are homosexual which plainly means they have no desire for women, and finally number 3, all Popes have declared themselves God on earth thereby magnifying themselves above the God of the Bible. Christian prophecy is THAT accurate!

A Conflict Photographer Captures Boys on the Precipice of Manhood