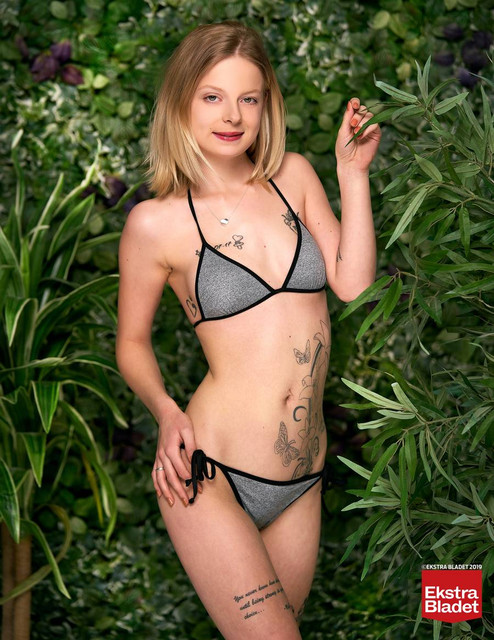 Last summer, a young couple traveled to Tajikistan. They wanted to prove to themselves and to the whole world that evil did not exist, that all people are good, and the stories about Muslim terrorists were only a scarecrow for stupid children. They were riding bicycles when a car crashed into them at full speed. They were murdered by people shouting “Allahu akbar.”

In December of the same year, two young Scandinavian girls traveled to Morocco, where local young people invited them for a night picnic in the Atlas Mountains. The next morning, the girls were found with their throats cut and the “pleasant young people” published a statement that these murders were an act of revenge upon the West.

In October 2015, a young activist of the “No Borders” group went to a refugee camp to help Sudanese refugees, and was brutally raped. Her friends recommended that she not report the rape to police. In 2018 in Germany, three German women were killed by their partners, who were Afghan migrants.

Modern youngsters refuse to believe that there is evil, barbarism and fanaticism in the world. They believe that Islam is a religion of peace, and that terrorism and hatred are the result of social inequality. They believe that if you smile to people, people will smile back. They are deprived of the basic instinct of self-preservation.

A bird would fly away from a cat, an antelope would run away from a lion. However a young man or a girl from California, London, Berlin or Toronto, with a trusting smile, is ready to walk into the paws of two-legged bearded predators with Kalashnikovs and the Koran in their hands. “Hostages of utopias,” they go on crusades for peace under the auspices of the globalist elite, influenced by powerful groups:

“It is our duty to declare Islam (…) against their democracy, …and against their communism, which is equivalent to atheism and international despotism,” claimed Hasan Al-Banna, the creator and ideologist of the Muslim Brotherhood.

The adherents of political Islam can use communists as “useful idiots,” but then ruthlessly destroy them, as the Ayatollah Khomeini did to the communists from the Tudeh Party and the Fedai Iranian People, who drove the revolution. They were accused of witchcraft and communion with Iblis (the devil), severely tortured and murdered. The Muslim Brotherhood in Egypt that overthrew Mubarak launched a persecution of pro-Western youth.

It’s interesting that Marx did not have any sentiments towards Islam. “The Koran and the Mussulman legislation emanating from it reduce the geography and ethnography of the various people to the simple and convenient distinction of two nations and of two countries; those of the Faithful and of the Infidels. The Infidel is ‘harby,’ i.e. the enemy. Islamism proscribes the nation of the Infidels… In that sense the corsair-ships of the Berber States were the holy fleet of Islam.”

I am calling on the Leftist youth who follow Corbyn, Bernie Sanders, Livingstone and Melenchon to read their guru better.

Islam doesn’t accept the very concept of “human rights,” because a man here doesn’t have rights a priori: a man belongs entirely to Allah and the ruler. There are no human rights organizations in the Middle East, and if you happen to find some, they look like anti-Zionist Jews in the former USSR. Genuine human rights defenders, such as Turan Dursun, are murdered or are forced to hide all their lives, like Salman Rushdie.

Still, human rights defenders can only see the “suffering of the Palestinians” and the misery of Muslims in Myanmar, without trying to understand why they are being killed there. Unfortunately, they are suffering because Muslims ruthlessly slaughtered Buddhists and imposed Sharia. Young human rights defenders are absolutely ignorant about historical facts.

The military and intelligence establishment

Youth believe people who wear military rank do it all for nothing.

John O. Brennan sympathized with Hezbollah and called Jerusalem “al-Quds.” According to FBI Director Chris Wray, the threat of white nationalism in the U.S. is more dangerous than that of ISIS. In Britain, the government’s terror watchdog, Max Hill, demanded that the government abandon the concept of “Islamic terrorism.” In Germany, police had “no evidence” that Salafi bikers led by Marcel Kunst were dangerous. In France, in September 2017, an extremist from the DGSI “black list” was enlisted in the “Adjoint de Securité” gendarmerie patrol department. The Conseil d’État, according to Yves Mamou, became a stronghold of jihad activity in the heart of France. In Sweden, according to Mattias Karlsson of the Sweden Democrats, “we have a police commissioner (Dan Eliasson) who more sympathizes with the murderers than their victims.”

In Israel, the main security threat comes not from Iran, but from its own generals. Their obsession with “peace” led to mass terror twice (under Yitzhak Rabin and Ehud Barak) and created, thanks to Ariel Sharon, a nest of jihadists in Gaza. The new generation of generals, rushing to power, is also ready to bring the next generation, by the definition of Rabin, “to the altar of peace.”

Islam turned the Hagia Sophia church in Constantinople into a mosque, and the al-Aqsa mosque now stands on the site of the Byzantine church on the Temple Mount, originally the location of the Jewish Temple.

The Pope declared that the rights of migrants trumped national security concerns and that “Muslim terrorism does not exist.” He also declared that Muslim migrants “are warriors of hope” and claimed that “Christian and Islamic worlds protect common values.”

The situation with the Protestants is not better. Archbishop of Canterbury Rowan Williams backed the introduction of Sharia courts in Britain; a United Church of Christ congregation claimed that Islam was more progressive than Christianity; Westminster Abbey hosted a service in which Muhammad was introduced in a sequence of great prophets of the humanity, and was ranked higher than Jesus.

It is assumed that all of this will attract multicultural youth to the Church. In fact, they will ascend to Calvary.

Jewish organizations and progressive rabbis of the USA

The Islamic world is soaked with pathological anti-Semitism, from the surahs of the Quran to blood libel and conspiracy theories.

However, leading Jewish groups and progressive rabbis, targeting youth who have lost touch with roots and history, pander to Islamic organizations such as ISNA and support the anti-Semitic Muslim Congresswomen, Hamas and BDS supporters Rashida Tlaib and Ilhan Omar. At the same time, they hate Trump, who strongly supports Jews and Israel.

Thus a new breed of mice is cultivated – mice voluntarily running into the paws of a cat.

Islam considers Africans as people not even of the second, but of the third class: despicable descendants of Ham. After the conquest of North Africa and the Horn of Africa, Muslims created giant slave markets there. Even now, Arab countries have semi-legalized slavery, and the descendants of black slaves in Basra who were brought to Iraq in the ninth century are still called “abd” (“slave”). Even President Anwar Sadat of Egypt was called “Black Poodle” and “The Monkey” for his dark skin color, and the Egyptian soccer player of Nubian origin Mahmoud Abdel Razak quit soccer because of racist insults.

Nevertherless, Louis Farrakhan is followed by a million of young black men, and Black Lives Matter supports CAIR and the Muslim Brotherhood.

It is well known that the status assigned to a woman in Islam is somewhere in between camel and sheep — closer to sheep. They are slaves, a machine used for procreation. Even sensual pleasures are forbidden to them, because they undergo female genital mutilation (clitoridectomy).

The first feminist and the author of the “Declaration of the Rights of a Woman and a Citizen,” Olympia de Gouges, died in 1793 on the guillotine with the words: “If a woman has the right to step on a scaffold, she must have the right to step in the parliament.” Her young ignorant and stupid followers in pink blouses shouted out “Allahu akbar” together with Linda Sarsur during the Women’s March. They returned women from parliament to the scaffold and even worse — to primordial slavery.

Pakistani preacher Shaykh Hamza Sodagar, invited to Britain in October 2016, defined the position of Islam as follows: “There are five punishments for homosexual men. First, probably the easiest one, is to behead them. The second, is to burn them to death. Third, to throw them off a cliff. Fourth, crash them to death with bricks. And finally, a combination of all of the above, is the fifth.”

Of course this is not a full list. There are other ways. In December 2015, a homosexual from Gothenburg felt pity for two young refugees from Morocco whom he encountered in the park, invited them to his home, and offered them food and clothing. He surely believed that there was no evil in the world. After having a good meal, they raped their benefactor, dressed him in women’s clothes, and eventually strangled him with a dead snake, which they found in the park.

However, the LGBT community supports migrants and opposes Trump. The openly gay Prime Minister of Ireland, Leo Varadkar, invites Third World migrants to his country. He prepares a “bright future” for LGBT youth exactly according to Sheikh Hamza’s prescription.

Any art, including painting, theater, cinema, is unacceptable in principle for Islam. Hollywood, as a symbol of the promiscuity and sinfulness of the West, is even more unacceptable.

However, there are no more zealous defenders of Islam than those you can meet in Hollywood. “Only love stops hate, and bombings only create more ISIS. … Love your enemy. Don’t create more of them,” Hollywood director Josh Fox said.

The poor girls in the Atlas Mountains believed this.

In 1212, tens of thousands of boys and girls from all over Western Europe traveled to Jerusalem, led by the belief that “the sea would part with them.” The authorities did not interfere, the Church encouraged them, merchants provided them with ships. The girls and boys sailed and … disappeared. They were all brought to Algeria, where Muslim slavers were waiting for them. This event is known as the Children’s Crusade.

Nowadays globalist elites send inexperienced and naive children to a painful death, as did the Franciscan monks, monarchs and merchants in 1212.

Preachers believed that “innocent souls” would make satisfaction for the guilt of “original sin” (in our case, the sin of colonialism). Rulers wanted to demonstrate loyalty to the religious ideal (now it is the pseudo religious cult of multiculturalism). Merchants did business as usual.

The writer David Baker called this event the “Crusade of Tears.” The Crusade of Tears: this is what lies ahead of the younger generations of the West.

Alexander Maistrovoy is the author of Agony of Hercules or a Farewell to Democracy (Notes of a Stranger), available at Amazon and Barnes & Noble.