“If you consider sexual desire and romantic love between men and women to be natural and healthy, you are not a feminist. . . . There is nothing natural about sex, according to feminist ideology, no biological urge that causes women to be attracted to men.”
— Robert Stacy McCain, April 10, 2014

“Male sexual violence against women and ‘normal’ heterosexual intercourse are essential to patriarchy because they establish the dominance of the penis over the vagina, and thus the power relations between the sexes.”
— Dee Graham, 1994

“Male supremacy is centered on the act of sexual intercourse, justified by heterosexual practice.”
— Sheila Jeffreys, 2005

MONTREAL — The Quebec government says it will re-evaluate the $120,000 annual public funding it gives to the province’s biggest women’s federation after its president suggested that heterosexual relationships should be banned.

Gabrielle Bouchard, president of the Federation des femmes du Quebec, made the controversial comment Tuesday on Twitter, before issuing an apology on Facebook and during televised media interviews later in the day.

Bouchard says her original tweet was in reaction to news that a man out on parole after being convicted of killing his female partner had been arrested in the slaying last week of a 22-year-old woman in Quebec City.

In it she said heterosexual relationships were violent, mostly based on religion and possibly should be banned.

Labour and Social Solidarity Minister Jean Boulet said he will analyze whether the organization still qualifies for its annual subsidy in light of Bouchard’s comments.

EXCLUSIVE: ‘I can’t promise I won’t get physical again, I get so mad I lose it.’ LISTEN as Amber Heard admits to ‘hitting’ ex-husband Johnny Depp and pelting him with pots, pans and vases in explosive audio confession

“One is not born, but rather becomes, a woman”
“No biological, psychic or economic destiny defines the figure that the human female has in the bosom of society; it is the whole of civilization that produces this intermediate product between the male and the castrated one that is described as feminine.”
Feminist, Paedophile and Nazi(Vichy France) Collaborator Simone de Beauvoir

It fits. His pals called him “Pyro.”

When the 32-year-old was 17 he raped and murdered Nina Courtepatte at an Edmonton-area golf course with several others.

That April in 2005, Nina was strangled, stabbed and then bludgeoned to death with a hammer. Pyro even tried to set the dying girl on fire.

Even Canada’s woke judiciary threw up their hands and sentenced Williams to life in prison as an adult.

Prison sources told The Toronto Sun he is having the time of his life.

Now, Williams self-identifies as a woman although one source said his nod to the fairer sex is cursory at best.

“He is now sitting in segregation at Kent awaiting transfer to FVI (Fraser Valley Institute women’s prison),” one source said.

“He was at FVI before but got transferred back to Kent because he got caught having sexual relations with female inmates.”

Williams remains a fully-intact male and “only takes hormone replacement therapy drugs two weeks a month so he can maintain an erection.”

A bra and a crop top are the only nods to Williams’ newfound feminity.

As The Sun has recently reported, the criteria for a male jailbird to declare themselves trans is woefully thin. Five questions. That’s it.

And the inmates being transferred are sometimes violent sexual predators who have suddenly seen the error of their ways. 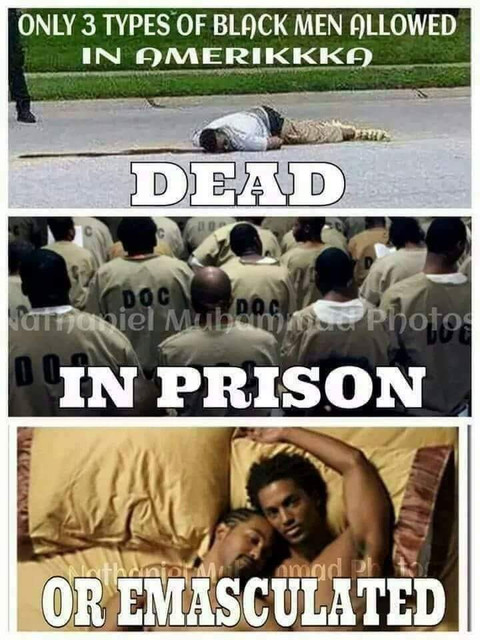